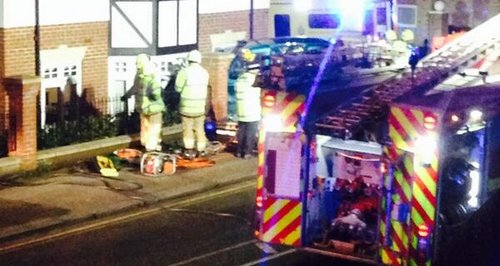 Three people have been injured after a taxi crashed into a block of flats in Loughton.

Firefighters were called to the junction of High Road and Lower Park Road at around 4.40 this morning (Wednesday 5 March).

Two vehicles were involved in the collision and three people were released before crews arrived.

Firefighters used specialist cutting equipment to free a fourth person from the back of the taxi.

ECFRS' Urban Search and Rescue team were ordered to the scene along with structural engineers.

A spokesperson for East of England Ambulance Service said: "We treated three casualties, one suffering a head injury and another two with neck pain.

"All were conveyed to Whipps Cross Hospital for further treatment, none of them thought to be in life threatening conditions."