Police Stand Off At Southend Flats 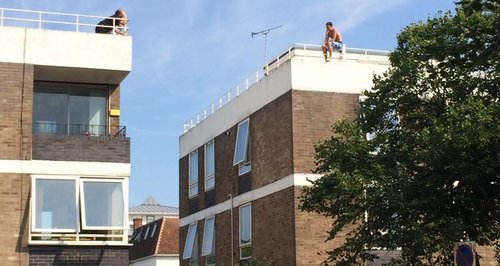 Officers in Southend are involved in a stand off with a man who has locked himself on the roof of a property.

The 25-year-old fled as they attempted to arrest him on Chalkwell Avenue.

The road is currenty closed in both directions between Chalkwell Esplanade and the Ridgeway.

Essex Police negotiaters, the force helicopter and Essex Fire and Rescue are on the scene.