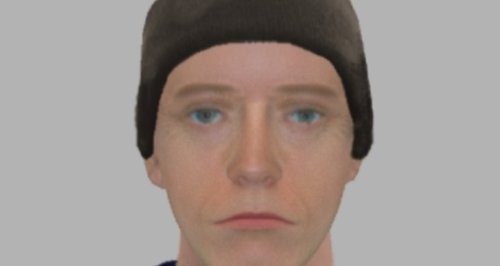 An efit has been released of a suspected burglar who assaulted a police officer in Purfleet.

A man was seen climbing over a fencing and forced open conservatory doors at a property on Wood Avenue at 4.55pm on Friday (4 April).

Police were called and the suspect was seen in Watts Crescent and chased in to Watts Woods.

The suspect assaulted the police officer before running off.

He dropped a rucksack containing some of the items stolen in the burglary, although some remain outstanding including gold Gerrad watch, a silver Ebel watch and some jewellery.

The suspect is described as white, aged in his mid to late 30s, 5ft 8ins to 5ft 10ins tall, of medium build, with short shaven hair and wore a dark blue top and bottoms, grey tanned beanie hat and was carrying a bright blue rucksack.

Anyone with information is asked to contact Dc Paul Singleton at Grays CID on 101 or Crimestoppers on 0800 555 111.