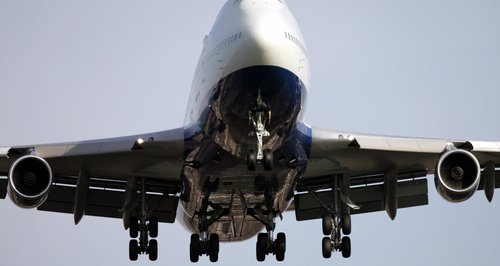 A third runway at the UK's biggest airport - Heathrow - is one of the expansion options put forward in a first report published by the Airports Commission.

A second runway at Gatwick Airport in West Sussex is also on the options shortlist from the Whitehall-appointed commission, which is chaired by former Financial Services Authority chief Sir Howard Davies.

London Mayor Boris Johnson is bitterly opposed to expansion at Heathrow and favours a new airport in the Thames Estuary, dubbed "Boris Island''.

Today, the commission said it had not shortlisted any of the Thames Estuary options "because there are too many uncertainties and challenges surrounding them at this stage''.

It said it would undertake further study of the Isle of Grain option in the first half of 2014 and "will reach a view later next year on whether that option offers a credible proposal for consideration alongside the other shortlisted options''.

The commission said it had not shortlisted proposals for expansion at Stansted or Birmingham Airports. but it added: "There is likely to be a case for considering them as potential options for any second new runway by 2050.''

M.A.G Chief Executive, Charlie Cornish, said:"Stansted welcomes the Commission's support for measures to increase capacity at the airport in the short term, including improving rail links between the airport and central London.

"We also support the Commission's finding that Stansted is one of the viable options for a runway beyond 2030.

"Stansted has a bright future, indeed we are the only London airport that can grow substantially in the next ten years. Since we took ownership in February this year we have already signed up new airlines and destinations to meet growing passenger demand.

"Our immediate priority is to continue to transform the airport experience for our passengers.

"As London continues to grow to the East and high-tech industries along the London to Cambridge corridor grow Britain's economy, Stansted has a critical role to play in supporting the country's economic growth. At the right time we will bring forward proposals for a second runway at the airport to support this growth."