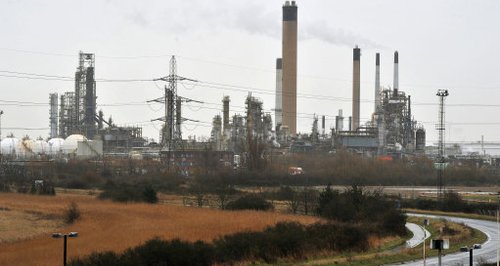 British Airways has entered into a ground-breaking partnership to convert landfill waste into jet fuel in Thurrock.

The GreenSky London initiative will see the creation of 150 permanent jobs at the Thames Enterprise Park, part of the site of the former Coryton oil refinery.

BA has made a long-term commitment to purchase all 50,000 tonnes a year of the jet fuel produced at the site which is due to be completed in 2017.

BA is in partnership with Solena Fuels. Thames Enterprise Park and neighbouring Thames Oilport, established in 2012, is a joint venture with Greenergy as one of the investors and the site project facilitator.

Willie Walsh, chief executive of BA's parent company IAG, said: "We are always striving to reduce our impact on climate change and this first-of-its-kind project marks a significant step for the aviation industry.

"The construction of the GreenSky London fuel facility at Thames Enterprise Park will lay the foundations for BA to reduce its carbon emissions significantly.''

He went on: "The sustainable jet fuel produced each year will be enough to power our flights from London City Airport twice over, with carbon savings the equivalent of taking 150,000 cars off the road.''