Tilbury: Drug Smuggler Could Be In Spain 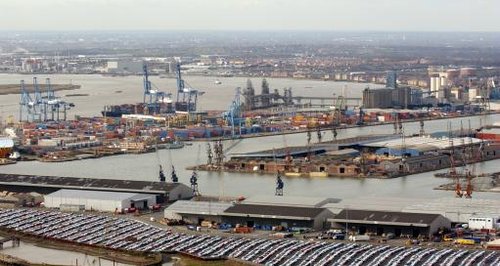 A man who tried to smuggle a huge haul of cocaine through Tilbury Docks is one of 13 criminals believed to be on the run in Spain.

42-year-old Ian Stanton, from Liverpool, is accused of being the ringleader of a gang who smuggled more than 400kg of cocaine, worth £90 million, to the UK hidden in a shipment of Argentinian beef.

He has links to Merseyside - specifically Crosby, Kirkby and Maghull - but also with London, the Netherlands and Spain.

The drugs were found at Tilbury docks in May, and the shipment was due to be delivered to a cold storage company in Wigan.

The full list of 13 is due to be unveiled in Madrid by Crimestoppers, the UK's National Crime Agency (NCA) and Spanish police, in the eighth appeal of its kind run under Operation Captura.

The initiative, targeting criminals thought to have fled to Spain, was launched in 2006 and so far has seen 53 out of 63 suspects caught.

Founder of Crimestoppers Lord Ashcroft said "Despite our success so far, there are still a number of dangerous criminals who see Spain as a safe haven to hide from their past. But with the support of the Spanish and UK public, we can hunt them out and bring them to justice.''

Hank Cole from the NCA said "Spain is not a safe haven. Fifty three fugitives have been caught since Captura was launched, and many more linked to other operations.

"The most important thing though is the power of this campaign to harness the eyes and ears of the public, both here and in Spain.''