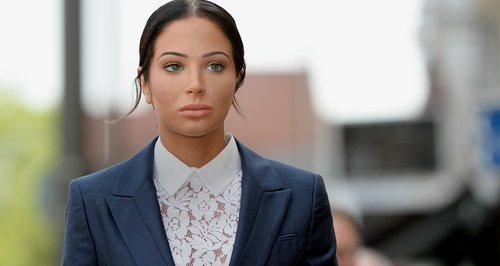 Former X-Factor judge Tulisa Contostavlos has been convicted of assaulting a celebrity blogger at a music festival in Chelmsford.

The N-Dubz star hit Savvas Morgan during an altercation at the V Festival in Hylands Park.

She was found guilty by a judge at Stratford Magistrates' Court in east London today.

Her assistant, Gareth Varey, was cleared of using threatening behaviour during the incident in August last year.

After being convicted of the assault, Contostavlos was ordered to pay a total of £3,020.

This consisted of a £2,700 contribution towards the cost of the prosecution, a £200 fine, £100 compensation to Mr Morgan and a £20 victim surcharge.

Earlier this week, a trial against Contostavlos collapsed at Southwark Crown Court after the judge said there were "strong grounds'' to believe that undercover reporter Mazher Mahmood - known as the fake sheikh - had lied on the witness stand.