Blackfoot People in Devon To Reconnect With Spirits

One of the world's most significant museum collections of Blackfoot objects is being returned to its people.

The collection, which is held by the Royal Albert Memorial Museum in Exeter  hadn't been seen by the Blackfoot people since it left Canada 130 years ago.

But  a few days ago  a delegation  of Blackfoot People representatives  came to the city to  view and discuss the collection. 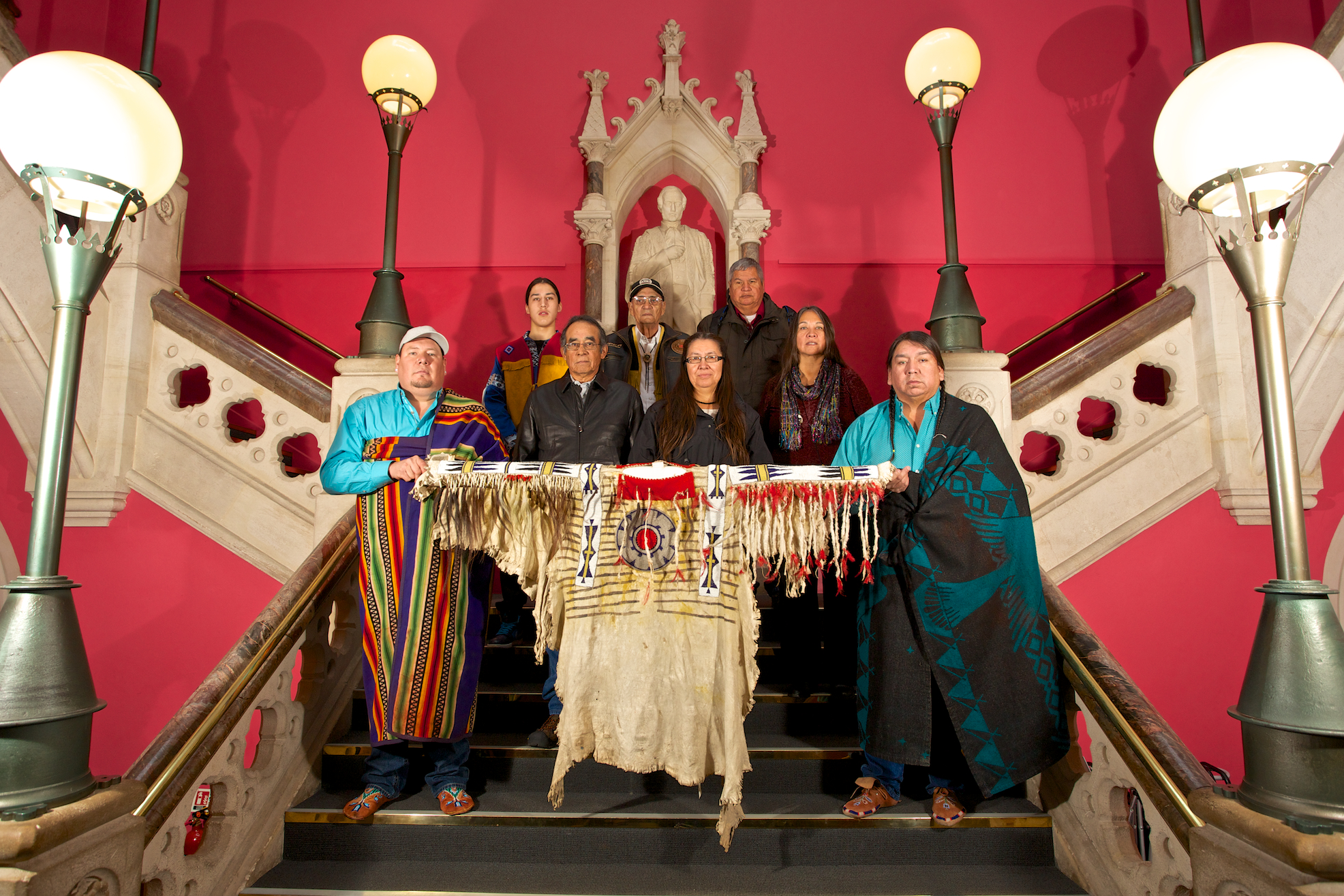 Most of it has been in the museum, both on display and in store, since 1904.

Much of the museum's artefacts from overseas, mostly collected in the Victorian period,  are  of huge spiritual, cultural or historical importance.  The museum has already repatriated  the 'crown jewels' of Tasmania.

Curator Tony Eccles has been talking about the Blackfoot collection.  CLICK HERE

It may be months or even years before the items are returned to their ancestral home.