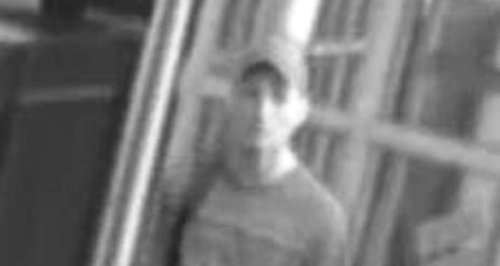 British Transport Police officers have today released images of a man they want to speak to in connection with an incident on a train in Exmouth, Devon, on Monday, 1st July 2013.

Officers believe the man in these photographs will have information which can assist the investigation.

Sergeant David Mannion is investigating what happened. He said: "The victim, a woman in her twenties, was travelling on the 0740hrs Exmouth-Barnstaple service.

"During the journey, a man sitting on the seat behind her reached forward and touched her indecently.

"I would ask anyone who recognises the man pictured, or knows his whereabouts to contact us as a matter of urgency."