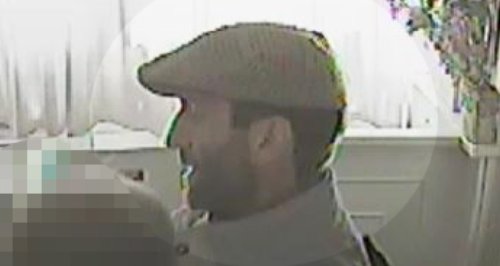 Officers investigating a robbery in Honiton have released further images of a man they are urgently trying to trace.

A team of dedicated officers are now involved in the investigation following the robbery which took place at Banwell Antiques, in Honiton over the weekend.

The incident took place as a female staff member, who was working alone, opened up the store at around 9am.

The woman was grabbed from behind by the suspect before being tied up.

Although not physically injured she was left very shaken by the incident.

She is now being supported by officers and her family.

Clearer images of the man police wish to speak to in connection with the offence have now been released and police are keen to hear from anyone who may recognise him.

He is described as a white man, of slim build, unshaven, with short dark hair and is aged between 30 ? 50 years.

Officers are also keen to speak to anyone who thinks they may have seen the man in the hours before or after the incident or saw any items of clothing discarded such as a rucksack or hat similar to those captured in the CCTV images.

Officers are also asking anyone who is approached and offered jewellery for sale to contact them. Although the value of the items stolen has not been fully ascertained police know the quantity and quality of the jewellery taken was considerable and included items listed below:

Anyone with information should contact Devon and Cornwall direct on 101 quoting police log number 467 of 22nd March or to give anonymous information please contact Crimestoppers on 0800 555111.