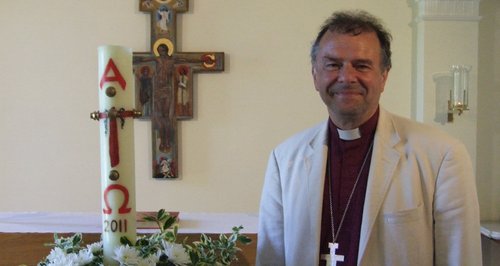 The former Bishop of Gloucester has been questioned by the Metropolitan Police on suspicion of indecent assault on a child and a second female, who was over 18.

The alleged incidents are said to have occurred between 1980 and 1981.

66 year old Michael Perham, who wasn't arrested, stepped down from his role as head of the Diocese in Gloucester earlier this week, months ahead of his planned retirement in November.

He is married with four grown up daughters.

The Metropolitan Police have issued the following statement:

He was not arrested.

The alleged incidents are said to have occurred between 1980 and 1981 and are being investigated by officers from the Metropolitan Police Service’s Sexual Offences, Exploitation and Child Abuse Command.