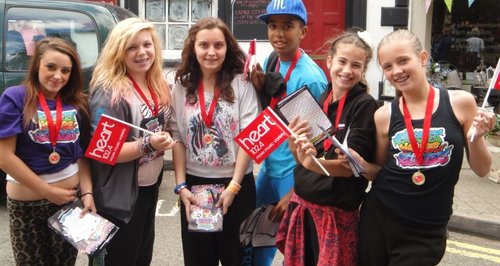 The only boundaries for groups wanting to take part in this year’s Gloucester carnival are “those of their own imagination.”

City Council organisers are not setting a theme for this summer’s parade – and are leaving it to the entrants to come up with their own ideas. As in previous years motor vehicles will be allowed but articulated lorries that can’t easily negotiate narrow city centre streets won’t be able to take part in the procession.

“The carnival procession is a traditional part of our summer festivities. It draws big crowds and should be a great spectacle. This year we want people to use their own imagination in deciding how they take part.

There is lots to choose from. On the sporting theme alone we will have just had the Football World Cup in Brazil and we will have Rugby World Cup 2015 to look forward to.Those two events alone are enough to fire up the imagination. I am excited by the possibilities this year and I hope we get a large number of entries.”

·       Community trophy – for non-profit organizations that benefit the community

·       The Carnival Cup – awarded to the best overall entry


All entrants will be given the opportunity to perform and the best performance will be awarded the Performers Trophy. All contestants will be awarded a medal for taking part. Judging, this year will take place on the route, with some secret and not so secret judges amongst the crowd marking the entries.

The final route is still being finalized to allow the best possible vehicle access.