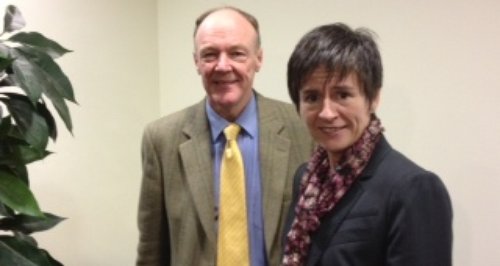 Gloucestershire's Police and Crime Commissioner is asking the public if they are in favour a new assault on crimes and anti-social behaviour carried out on the internet and social network sites.

Their response will have a crucial bearing on how Gloucestershire Police operates in the future as it is an area in which the constabulary currently has relatively little expertise.

It will also have a bearing on next year’s policing budget and whether or not Commissioner Martin Surl pushes for a rise in council tax. ''The internet is a wonderful tool but it also has a dark side and has spawned a whole new field of criminality. Perhaps worst of all, it’s made people vulnerable in their own homes'', said Mr.Surl

''I think our police should be equipped to offer more protection to stop people being ripped-off by conmen. Equally as important, I would like to address the issue of young people being bullied through social networks and the misery that causes.

''I have no doubt this is a critical area of concern for many people but it is a specialist field. If we are to increase our ability to tackle it, the constabulary will likely need new equipment, specialist staff and training and that will cost money we don't have at the moment.

''Whatever I decide, I am not going to reduce the number of PCSOs or front line officers and if I do put up the council tax, it will be the last time before the next election''.

Chief Constable Suzette Davenport said, ''The internet is in everybody's home and everybody's place of work. If we don't start investing in that area of investigation now, we will be leaving members of the public and businesses in Gloucestershire exposed because it is a specific field and one in which we are lacking in expertise.''

Policing is funded in two ways, through a grant from the Government and local council taxes. The budget for 2013/14 was £102.7m.

Details of where the money went and some examples of how it was used can be found on the PCC’s website.

Adding a sixth priority to the Police and Crime Plan will have to be paid for in one of two ways. The options on which the Commissioner is consulting are 1) A freeze on the police portion of the council tax, which is likely to mean the average band D householder paying around £203.68 for the year; 2) A 2% increase on top of that which would mean an extra £4.05 p.a. or eight pence a week.

The consultation is being carried out by an independent market research and analysis company in conjunction with the police. Members of the public can also e-mail research.team@gloucestershire.pnn.police.uk.

The deadline for comments is December 18th.

There will also be opportunities for the public to find out more and give their views via the Commissioner’s Neighbourhood Engagement Vehicle at a series of drop-ins around the county.