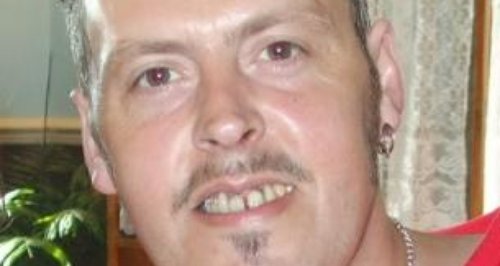 A man has been charged with murder following the death of a 44-year-old man from the Coleford area of the Forest of Dean.

Edward Belson, 36, of Aston Close, Berry Hill, is due to appear before Cheltenham magistrates on Thursday 7th August.

He was arrested on Sunday 3 August after Christopher Cooling (pictured above)was found injured at his home in Hillcrest Road. Mr Cooling was taken to hospital and died a short while later.

The family of Christopher Cooling have paid tribute to him in a statement that said:

"We would like to thank our family and friends for their support at this tragic time. As a family we are still trying to come to terms with the loss of Christopher. He was a much loved son, father and brother and will be sadly missed by us all. We would ask for people to respect our privacy and allow us to grieve for him at this difficult time."

"Our investigation is continuing and we are still keen to hear from anyone who was in the vicinity of Hillcrest Road or Aston Close, Berry Hill, between 6pm and 10pm on Sunday, 3 August, or who has any information in relation to the incident."

Anyone who can help with the inquiry is asked to call Gloucestershire Police on 101, quoting incident number 431 of 3/8/14, or email 101@gloucestershire.police.uk."