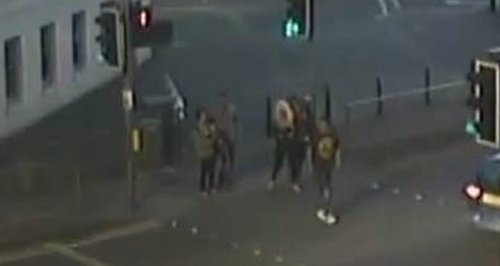 Police want to trace a man who brandished an axe at a motorist in Gloucester.

The incident happened in the car park of the Asda superstore in Metz Way, at about 10.15pm on Wednesday June 11.

Just moments earlier, the driver and his passenger had been shouted and sworn at by a pedestrian as he was waiting at traffic lights on the junction of Bruton Way and Metz Way.

When the driver continued his journey and pulled into the Asda car park, the pedestrian followed and produced a silver axe, which he started waving at the victim. The offender then walked off towards Barton Street.

Police have released a CCTV image of a group of people who may be able to help with their enquiries, in particular, a man described as white, 5ft 10ins tall and wearing a grey Guns and Roses T-shirt and white trainers.