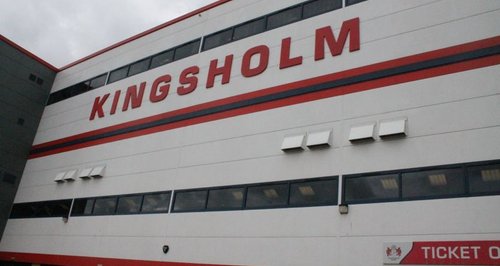 Gloucester Rugby have announced that David Humphreys is to become the club's new Director of Rugby.

CEO Stephen Vaughan has been spearheading a worldwide search for a new Director of Rugby since the departure of Nigel Davies at the end of the 2013-14 season.

The club issued the following statement:

'Speculation has been rife as to who would take over the reins, many individuals have been linked with the position, but Humphreys' appointment is a superb coup for the Kingsholm based club. The 42 year old former Ireland international fly half needs little introduction due to his many achievements in the game.

Belfast born, he started his playing career at his home province of Ulster, enjoyed a spell in the Premiership with London Irish before returning to Ulster ahead of the 1998-9 season. That season saw him play a pivotal role in the Irish province lifting the Heineken Cup, defeating Colomiers in the final at Lansdowne Road.

Capped 72 times for his country, scoring 560 points, Humphreys spent the rest of his playing career with Ulster before retiring in 2008 and taking on the role of Director of Rugby at Ravenhill. A qualified solicitor, his tenure at Ulster has seen him oversee the province establish themselves as one of the true giants of the European rugby scene, regularly reaching the knock out stages of the Heineken Cup in the last few years and losing out in the final in 2012.

However, his next challenge in the game will see him attempt to restore a new look Gloucester Rugby to the very pinnacle of the club game, and CEO Stephen Vaughan insists that they've got the right man for the job:

"This appointment is so key for the long term success of the club, and I'm absolutely thrilled that David is joining Gloucester Rugby. We have received applications from all over the world and Ryan Walkinshaw and myself spoke to a large number of high calibre individuals. However, once David entered the frame and we discussed our vision and what he could bring to the project, we knew we had our man.

His background as an international player in the professional era, and subsequent experiences as Director of Rugby mean that he has the ideal skill set for the role.

With the signings that we have made ahead of next season, allied to the retention work we carried out and the continuing investment in ensuring we have a high performance environment, the playing department looks in great shape. And we now have the ideal person in David to shape this and drive us forward.”

"It was absolutely crucial that we made the right appointment. It's an exciting new era for Gloucester Rugby and I'm delighted that David will be part of it.

Having interviewed a number of candidates with Stephen, David was very impressive and without doubt the calibre of individual the Club needs. Gloucester Rugby commissioned a piece of research on the most effective models for success, and felt that moving away from our previous model of a head coach with DOR responsibilities was important going forward.

We believe having David in place with a more strategic skill set will get the best out of our playing department going forward. Gloucester Rugby is in great shape. The business has just made a profit for the fourth year in succession, World Cup Rugby will be here in 15 months and the years ahead promise to be memorable ones for everybody associated with the club. I've never been more excited about the club.”

Humphreys will start his new role shortly, at a date to be mutually agreed between Gloucester Rugby and Ulster Rugby.'