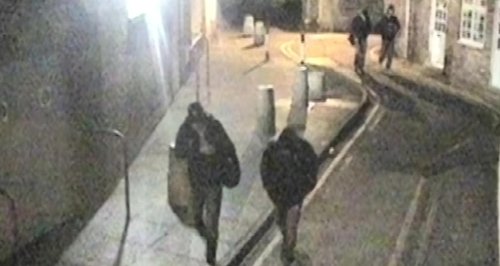 Police investigating a robbery at a Cheltenham department store have released CCTV images of two vehicles and four men in connection with the crime.

The incident happened at Cavendish House on the Promenade in the town between midnight and 4am on Wednesday June 11.

Unknown offenders forced entry to the store via County Court Road. Once inside a number of high value items were taken.

Police are particularly interested in speaking to anyone who may have seen the silver saloon vehicle and a dark coloured van in the area at the time.

If anyone does have any information, they should call Gloucestershire Police on 101, quoting incident number 38 of June 11.