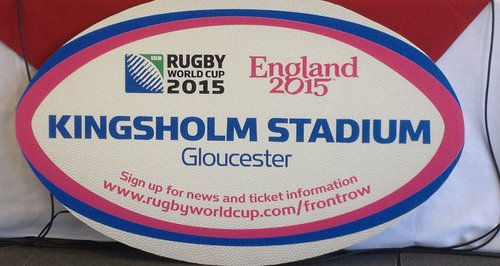 Heart has been told some 900 people have already signed up to be volunteers for when the rugby world cup comes to Gloucester next year.

Gloucester will host 4 games during the tournament and volunteers will play a key role in making sure people visitng the city have a great experience.

England 2015 ambassador Jonny Wilkinson says: ''Throughout my career I have seen the vital role that volunteers play in the running of rugby clubs at all levels. Whether it's helping with club administration, coaching, cleaning kit, driving teams across the country or stewarding on match days, these are the people who allow the game to thrive. It is great to recognise the rugby community through the Rugby World Cup 2015 volunteer programme, and also use this as an opportunity to get more people involved in the game.''

You can apply to be involved between now and April 17th - find out more here.

'Try Outs' selection events will then take place from June to December 2014 with successful volunteers confirmed in early 2015.