Armed Robbery Suspect Could Be In Cheltenham 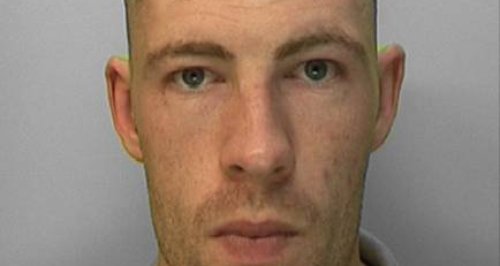 Police have put up a £1,000 reward for anyone who can help find armed robbery suspect Sean Tierney.

The 27-year-old is wanted for questioning by detectives over the robbery at Maxted's newsagents in Rustington, West Sussex, on 14 May. Tierney is believed to have travelled to the Cheltenham area after the robbery.

Shortly after 5pm on 14 May a man wearing a crash helmet with the visor down walked into the shop in Worthing Road, Rustington, carrying a gun and a drawstring bag. He walked up to the till and ordered the staff to hand over money. The man then escaped with a quantity of cash.

Police would like to speak to Sean Tierney, who has links to Worthing and Littlehampton in West Sussex, in connection with the robbery.

A £1,000 reward has been put up for whoever gives officers the information that leads to the arrest and conviction of Tierney. Detective Inspector Dave Wardley-Wilkins said:

"We have been looking for Sean Tierney for more than a week now but have been unable to trace him so we are hoping that the offer of a reward might persuade someone to get in touch with us. If anyone knows where he is or where he could be I would urge them to contact us immediately. If you see him do not approach him but instead call 999 please."