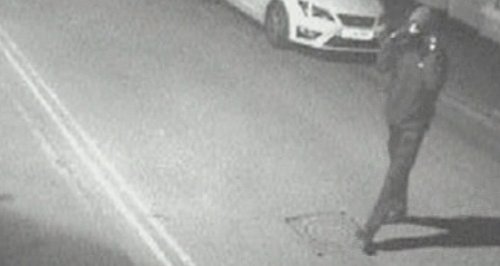 Police have released CCTV images after stolen bank cards were used in Wotton-under-Edge.

The bank cards had been stolen in a burglary in Box in Stroud overnight on Tuesday April 15. An iMac computer and the keys to an Audi S6 were also taken in that crime, along with £30 in cash.

The man in the first image is believed to have used the stolen bank cards at a bank in Wotton-under-Edge just after 5am on Wednesday April 16.

The man in the second image is believed to be a witness who could have seen the man using the cards.

While the CCTV is of low quality police are hoping the images may jog someone's memory. If you recognise either the suspect or the witness please call 101 quoting incident 154 of April 16.