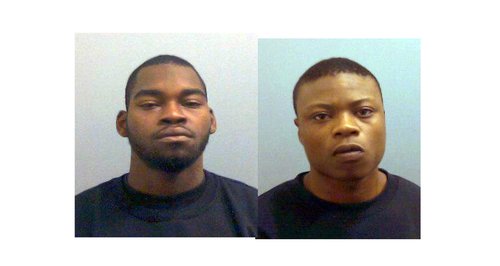 Two men have been jailed for a total of more than 17 years after carrying out an aggravated burglary at a property in Milton Keynes.

Komati was sentenced to nine years' imprisonment while Smith received a prison sentence of eight years and six months.

At about 8.30pm on Monday 22 April, Komati and Smith were among a group of men to go into a residential home in North Ninth Street and assaulted and threaten two men inside.

The victims, who were in their twenties, were threatened with knives and a handgun. They suffered minor injuries during the incident.

The offenders left with a number of electrical items, including mobile phones and games consoles.

Investigating officer Det Con Barbara Dragt said: "I am very pleased with the outcome and the sentences given to both Komati and Smith.
The victims went through a terrible ordeal which has had a major impact on their lives and I hope this conclusion will enable them to feel that justice has been done."