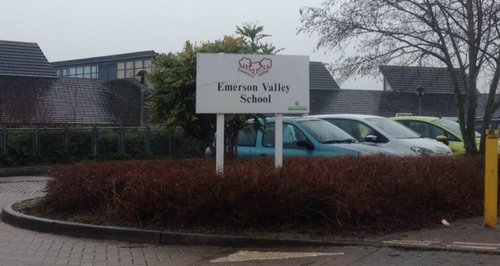 Parents with children at Emerson Valley School in Milton Keynes are some of the first in the UK to be fined if their children are late to school.

If their child misses registration 10 times in a 12 week term then the parents will be hit with a £60 fine each.

Heart spoke to one mum outside the school who didn't want to be named:

"I think its disgusting, they don't give enough time for children to get from one school to another. If you're Merebrook and then you've got children at Emerson Valley there's not enough time."

Georgina Hodgkinson has five children (four of school age) she told Heart she can have trouble getting them all off to school on time and she doesn't think a financial penalty is the answer:

"It can't be a blanket policy for everybody, there is a case of people have genuine reasons not to get to school on time and I think if the school discusses it reasonably you can actually resolve all issues without resorting to fines.”

Emerson Valley School wouldn't speak to Heart but did issue this statement:

"The school is raising standards.  The link between good attendance and pupils achieving well at school is clear.

"During the recent OfSTED monitoring inspection it was noted that “strategies to improve attendance and punctuality have resulted in a significant increase in the proportion of pupils who come to school on time.” At the end of the Autumn term 2013, 353 pupils at Emerson Valley School received certificates for 100% punctuality.

"This is a big improvement on previous years and has been achieved through working with our families.

"Emerson Valley School has liaised with Merebrook regarding timings of the school day and has taken positive steps so parents can ensure that their pupils can be punctual for the start of both school’s days.

“There is a borough-wide policy in place, but the final decision whether to issue a Fixed Penalty Notice lies with each individual school.

“Our figures show that in the last academic year, two fixed penalty fines were issued in relation to persistent late attendance by pupils. In the majority of cases a warning letter has proved to be enough to stop the issue.”

Heart spoke to the MP Iain Stewart who says he supports the schools decision:

"As long as the school is being fair to families who might have perfectly legitimate reasons why their children may be late on an occasion I think they're well within their rights to do it".