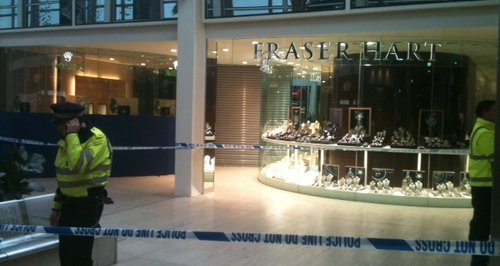 Four men have been charged by police over a robbery at a jeweller's in Milton Keynes' Centre:MK shopping mall.

Display cabinets were broken into and watches stolen from the Fraser Hart store in Silbury Arcade on Friday 30 November 2012.

Dean Davis, 31, of Imperial Avenue, London; Jack Ryan, 24, of Northchurch Road, London, Dyonne Shorter, 33, of Britannia Close, London, and Richard Barry, 32, of no fixed abode, have been charged with one count of robbery.

The men are due to appear at Milton Keynes Magistrates’ Court on Wednesday 6 February 2014.