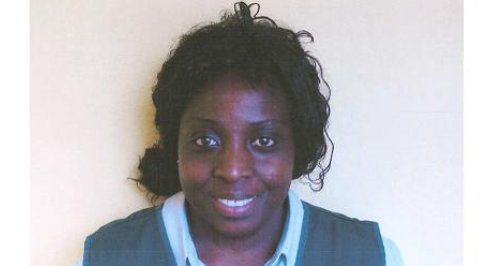 A carer who was found asleep on the job at a Buckinghamshire care home has been jailed for 18 months.

Henretta Offae, 41, (pictured) was caught by managers asleep in an armchair when she was supposed to be working a night shift at the Westlands Residential Care Home in Olney, Milton Keynes.

The 41 year old from St Chad's Road, Derby, was found guilty on Wednesday 28 August 2013 of 19 counts of ill treatment or neglect of a person who lacks capacity following a re-trial at Amersham Crown Court.

She has been sentenced to 14 months for the neglect offences and six months for possessing a false passport.

The judge ruled that the total sentence would be 18 months, taking one month off each sentence, but Offae will be automatically deported after 12 months.

Managers found Offae asleep in an armchair at 3am on 18 August 2011 when she was supposed to be caring for 19 residents at the home, which specialises in looking after vulnerable adults with dementia.

After she was caught, it was discovered that residents' alarms had been disabled, some had two or three continence pads on and no paperwork was completed for the five hours she had worked indicating no care had been administered.

Following the verdicts, investigating officer Det Con Marcus Miller said: “We were notified in August 2011 of a number of vulnerable adult safeguarding referrals, made by Westlands Residential Home in Olney.

“The crimes Offae has been convicted for were committed without any consideration for the welfare of the extremely vulnerable and elderly adults she was paid to care for. Offae did everything she could to ensure her own sleep wasn’t disturbed, putting the health and lives of residents at risk.

“Our investigation showed that Westlands Residential Home was a professionally run home that promoted good working practices. It also showed that this atrocious behaviour was not indicative of the rest of the staff at the home.

“It has been a lengthy and complex inquiry and I am pleased that justice has been served.

“I would particularly like to thank the brave witnesses who gave evidence in court, which serves as a reminder that without whistleblowers these convictions would not have been possible.

“I would like to offer my sympathies to the victims and their families who have had to endure the impact of these thoughtless and senseless crimes, and extend my gratitude to the support they have shown our investigation.”