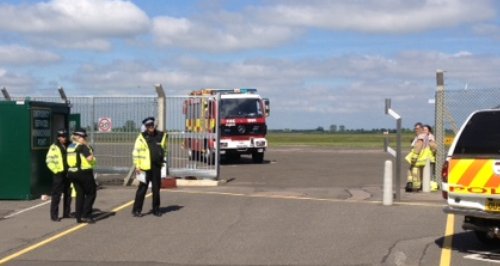 The plane is believed to have overshot the runaway at the airfield at around 1.40pm today.

Two air ambulances were called to the scene to take the injured people to Addenbrooks Hospital in Cambridge.

The Civil Aviation Authority is investigating the cause of the crash.