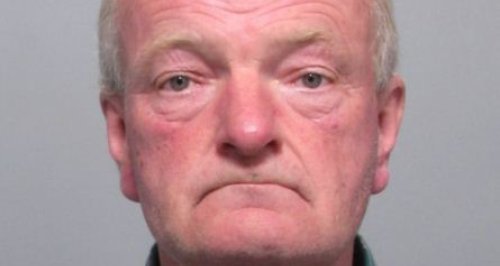 A man has been found guilty of murdering a woman found dead in a pub car park in Bury St Edmunds.

50-year-old Mary Roberts from Long Melford was found just before 9am on Wednesday 27 March 2013 at the St Edmunds Tavern public house in Risbygate Street.

56-year-old Andrew Ratcliffe, from Petch Close was arrested the same day, and today (Tuesday 29th October) was convicted at Ipswich Crown Court of killing her.

A post mortem examination found Mary's cause of death was 'compression of the neck'.

During the trial the jury heard  Ratcliffe had spent the evening with Mary at the St Edmunds Tavern and gone to the smoking area of the car park, whilst there he applied pressure to her neck causing her to collapse and die.

Police provided a case file for the trial which included CCTV footage of Ratcliffe at the rear of the pub, around the town and using a telephone kiosk to make a call stating he himself had been assaulted.

The phone call to the ambulance service stating he had been assaulted appeared to be Ratcliffe’s alibi as to his whereabouts.

Forensic experts recovered DNA from Mary’s body which linked her to Ratcliffe and personal items belonging to Mary were found on Ratcliffe’s being.

Speaking after the trial Detective Inspector Kevin Hayward from the Joint Norfolk and Suffolk Major Investigation team said: “We are pleased with the positive outcome from court today and that with the evidence that was put before the court, Andrew Ratcliffe has been found guilty of Mary Roberts’ murder.

“Ratcliffe denied throughout that he had anything to do with Mary’s murder. We are very grateful to members of the public who came forward. With their information and the CCTV footage, we were able to place Ratcliffe in the area at the time of Mary’s death.

“This information, together with the forensic evidence that was gathered helped secure Ratcliffe’s conviction.

“Mary Robert’s was a vulnerable woman who sadly died a horrendous death; we hope that the verdict today will go some way to provide some closure for her family and friends.”

Ratcliffe is now due to be sentenced on Wednesday 30 October.