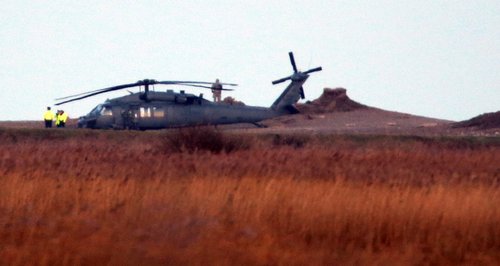 Work will begin this morning to remove the bodies of four US Air Force military crew members killed in a helicopter crash on the North Norfolk coast.

Police continue to lead on the investigation on behalf of Her Majesty’s Coroner Jacqueline Lake with assistance from other agencies including the Ministry of Defence and USAF.

The USAF has been given authority to begin the recovery operation to take place. It comes after investigators visited the site yesterday following the crash which happened on Tuesday night (7 January) shortly before 7pm.

The scene remains cordoned off and closures are in place on the A149 between Salthouse and Old Woman’s Lane. 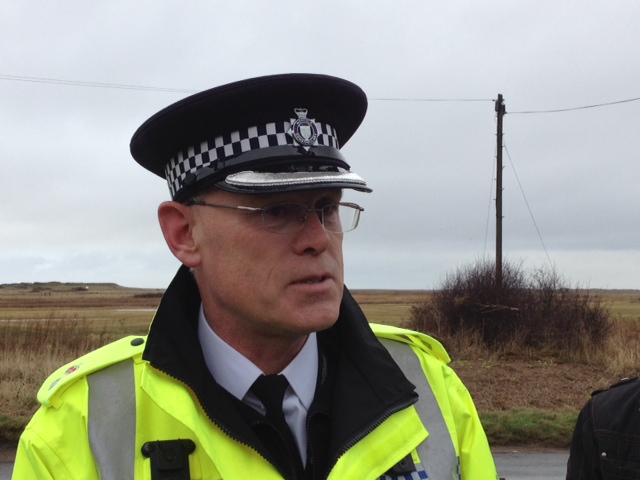 Chief Superintendent Bob Scully said: "Police and other agencies remain on scene today as the investigation continues and will ensure the recovery of the bodies is dignified and respectful.

"Our thoughts remain with the families and friends of the military personnel who lost their lives in this tragic incident.

"The scene is on difficult ground and the longer term investigation and recovery work will take many more weeks.”

The scene of a helicopter crash Tuesday evening remains cordoned off this morning as investigations into the cause of the incident continues.

Police continue to lead on the enquiry on behalf of Her Majesty’s Coroner Jacqueline Lake and are being assisted by other agencies including the Ministry of Defence and US Air Force.

People are being invited to leave flowers under the main sign at the front of RAF Lakenheath and there are also plans for a collection in aid of the affected families.

The undamaged aircraft will also not be moved in order to preserve the scene and tomorrow items will start to be recovered from the crashed aircraft. Once the scene is handed over for the accident investigation element to begin, the cordon will still remain in place for a number of days.

Police say they expect the A149 to be closed from Salthouse to Old Woman’s Lane until possibly Monday.

Speaking from the scene, Chief Superintendent Bob Scully said: "There are a significant number of specialists involved in the investigation including, the RAF, USAF and senior investigators and crime scene investigators from Norfolk Constabulary. We are all working together to secure all the evidence necessary for us to find out what happened to the aircraft.”

Col. Kyle Robinson, 48th Fighter Wing commander  "The loss of our Liberty Wing brethren is felt deeply across RAF Lakenheath. I can only imagine the hurt and sorrow felt by the family and friends of these Airmen. You are in our hearts and minds."