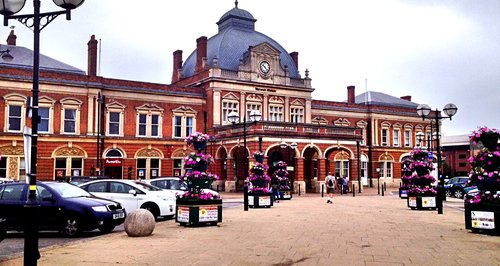 It happened at around 12.25am on Sunday morning when two trains collided at low speed.

"The collision took place at very slow speed and both trains remained upright and on the tracks.

"Eight passengers have sustained injuries which are being described as minor.

"An investigation has been launched, enquiries are ongoing to establish the full circumstances surrounding the incident.
"Anyone with any information which can assist the investigation is asked to contact British Transport Police on Freefone 0800 40 50 40,
or text 61016. Alternatively you can call the independent charity Crimestoppers on 0800 555 111.

Greater Anglia have issued a statement this morning:

'Greater Anglia confirms that last night the 23.34 Great Yarmouth to Norwich service struck an empty, stationary train on arrival at Norwich station.  The train arriving at Norwich was travelling at very slow speed.  There were 31 passengers on board. Eight passengers have sustained injuries which are being described as minor.

Our first priority has been and remains the welfare of the passengers and train crew involved.

An investigation into the incident led by the Rail Accident Investigation Branch (RAIB) is underway and we are assisting them with their enquiries. '

East of England Ambulance Service spokesman Gary Sanderson said: “A total of eight patients were taken to the Norfolk & Norwich Hospital, four of which were taken in on a stretcher and the other four were ‘walking wounded’. All the injuries sustained are believed to be minor.'