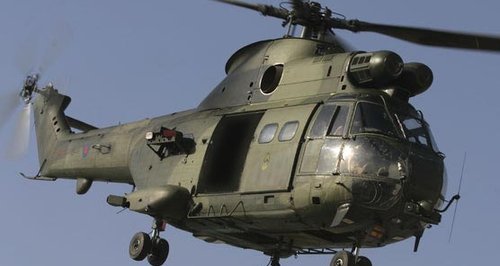 An inquiry into a North Sea helicopter crash will begin today, almost five years after the disaster that claimed 16 lives including 34 year old Nolan Goble.

Relatives of those who died on board the Super Puma are expected to attend the fatal accident inquiry in Aberdeen.

Fourteen oil workers and two crew were killed when their aircraft plunged into the sea off the Aberdeenshire coast on April 1 2009.

Many of them worked for KCA Deutag Drilling and were returning from BP's Miller platform when the helicopter's main rotor gearbox suffered a ''catastrophic failure''.

The inquiry, expected to last about six weeks, will examine the circumstances of the crash in order to prevent any future tragedy.

Some of the victims' families have expressed anger that there has been no criminal prosecution following the crash.

Lorraine Doyle, father of 57-year-old Raymond Doyle from Cumbernauld, Lanarkshire, said she was ``sickened'' by the decision by the Crown Office and Procurator Fiscal Service.

A report by the Air Accidents Investigation Branch (AAIB) said that the gearbox failure caused the main rotor on the AS332-L2 model to break away and its ''tail boom'' got severed from the fuselage.

The crash happened just six weeks after a Super Puma EC225 ditched as it approached a production platform owned by BP. All 18 people on board survived this accident.

In May last year the same model of helicopter, destined for an oil platform, went down about 30 miles off the coast of Aberdeen and its 14 passengers and crew had to be rescued.

Five months later another EC225 carrying an oil crew from Aberdeen to a rig 86 miles north-west of Shetland was forced to ditch. The 17 passengers and two crew were rescued from life rafts by a passing boat.

New advice on checks for the EC225 model were issued following the accidents.

Four oil workers were killed when their Super Puma L2 plunged into the sea off Shetland on August 23 this year. Fourteen people survived.

In the 2009 crash captain and co-pilot Paul Burnham, 31, from Methlick in Aberdeenshire, and Richard Menzies, 24, from Droitwich Spa in Worcestershire, were killed along with Mr Doyle and 13 other workers.

The other victims were David Rae, 63, from Dumfries; Gareth Hughes, 53, from Angus; Nairn Ferrier, 40, from Dundee; James Edwards, 33, from Liverpool; and Mihails Zuravskis, 39, from Latvia.

A Crown Office spokesman said: ''Having carefully considered all the circumstances of this incident, Crown Counsel have decided that there is insufficient evidence for a prosecution and, as a result, no criminal proceedings will be taken.

''The deaths of all 16 men who lost their lives in the tragedy are to be the subject of an inquiry in terms of the Fatal Accidents and Sudden Deaths Inquiry (Scotland) Act 1976.``