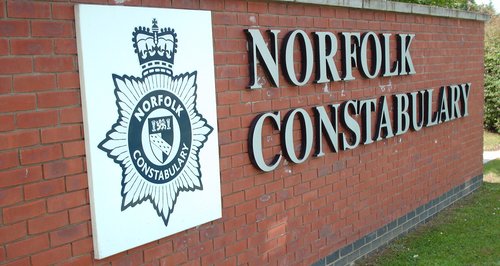 A Norfolk police officer has been sentenced following his earlier plea to harassment and public order offences.

38-year-old PC Blake, who was based in Norwich, was sentenced at Norwich Crown Court earlier today.
He was sentenced to two months in prison for the harassment offence and one month in prison for the public order offence - both sentences were suspended for 18 months to run concurrently.
He was also given a two year restraining order and a 12 month supervision order.
The offences related to incidents of intimidation involving two individuals which took place in the Norwich area between February and July 2013.

PC Blake was suspended from duty during the duration of the investigation by Norfolk Constabulary's Professional Standards Department. He remains suspended and will now be the subject of an internal disciplinary process.

T/Detective Inspector Phill Gray from the Professional Standards Department at Norfolk Constabulary, said: "Public confidence in the police depends on those serving with us demonstrating the highest level of personal and professional behaviour. The Constabulary will continue to robustly investigate any allegations of criminal conduct by its employees."