Norfolk & Suffolk Binge Drinkers To Be Sent On Courses 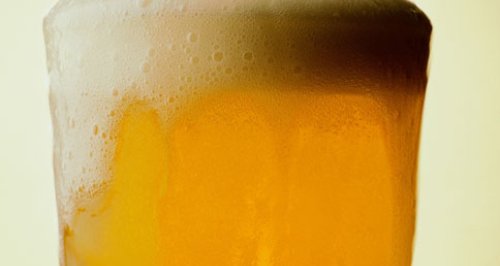 A new scheme is being launched in Norfolk and Suffolk to help reduce crime and disorder linked to binge-drinking.

From tonight drinkers found committing minor offences such as drunk and disorderly will be offered the opportunity to take part in a drink awareness course, aimed at tackling incidents associated with binge-drinking.

The Alcohol Diversion Scheme aims to reduce crime and anti-social behaviour by educating people about the harmful effects alcohol can have.

People found to be committing offences who are issued with an on-the-spot penalty notice will be offered the opportunity to enrol on the drink awareness course which will cost them £45. Offenders can choose to opt-out but will instead have to pay the fine of £90.

The self-funding scheme, which has been successfully piloted in other areas of the country, sees offenders take part in a three-hour workshop aimed at tackling crime and reducing re-offending by encouraging people to be more responsible for their actions.

The programme, offered by charity Druglink, encourages offenders to face-up to the reality of their actions while also highlighting health dangers and the consequences violent behaviour could have.

“Alcohol-fuelled crime, regardless of how minor, can have a significant impact on people’s quality of life and this scheme will aim to reduce offending by educating people about the consequences of their actions while supporting personal responsibly and accountability.

“I’m confident as a result that this scheme will have a long-lasting and positive impact for communities across the county.”

The scheme, which has been used successfully in Devon and Cornwall, Derbyshire and Hertfordshire, encourages attendees to think about their alcohol intake and assess the impact drink has on them and others around them, empowering them to change their habits.

She said: “This scheme will act as a first-level intervention and gives people the opportunity to stay clear from the courts for a drunken mistake on a night out.”

Reducing alcohol related harm and re-offending is not just a priority for the Constabulary but is also a key focus for partners across the county. The initial start up costs for the scheme have been made available by the Ipswich Borough Council and Suffolk County Council’s Public Health Department.

Tim Passmore, Police and Crime Commissioner for Suffolk said: “Binge drinking is having a truly devastating effect on our society, both nationally and locally.

“I welcome this innovative alcohol diversion scheme and hope that those who choose to take part in the programme appreciate the impact that their behaviour has, not only on their health and well-being, but on the local economy and local communities.

“I am not against people going out and enjoying a drink but we do need to encourage everyone to drink responsibly. I really hope this programme will help anti-social drinkers to modify their behaviour in future.

“I actively support this initiative aimed at reducing crime and anti-social behaviour in the county and will be monitoring the success of the programme in the coming months.”

Tessa Lindfield, Suffolk County Council's director of public health, said:  “We support the Alcohol Diversion Scheme because it gives people a valuable opportunity to address their drinking and change their behaviour before it affects them or their families significantly. Early action to tackle alcohol problems will benefit the individual, their community and enable them to take control of their drinking.”

Councillor Neil MacDonald, Deputy Leader of Ipswich Borough Council, said: "We are working closely with the Police and other partners on a number of successful initiatives and campaigns, such as Reducing the Strength and Best Bar None. This latest scheme will help cut anti-social behaviour caused by excessive alcohol consumption and make Ipswich a safer place for residents and visitors to enjoy."