Norfolk Woman Pulled Up On Stage With Robbie Williams 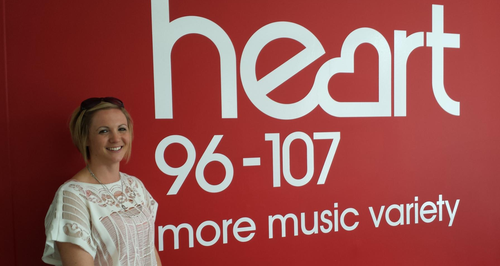 A Norfolk woman has had the night of her life after being serenaded in front on thousands by one of Britain's biggest ever male solo artists.

A Norfolk woman has had the night of her life after being serenaded in front on thousands by one of Britain's biggest male solo artists.

36-year-old hairdresser, Jenny Hyett, from Wymondham was in the front row of Robbie Williams' concert on Sunday (30th June) when he picked her out of the crowd.

Jenny said: “You can see from the videos I've actually got a candy bra on to go alongside his songs so  I think I probably stood out. We had banners as well so we stood out for that reason.”

“He asked me my name, where I was from and we walked down the B stage where he was singing 'Everything Changes' and I got serenaded. It was just crazy”

“It's just amazing. I haven’t slept since. My phone has just been on constant. Absolutely amazing and my friends are just over the moon.”

“I’ve always gone to his gigs so this is pretty massive.”

“The best day of my life, I cannot explain it was just amazing.”