Police have issued CCTV images of a man and a woman they want to speak to following an assault in a Norwich bar.

A man was knocked unconscious and suffered facial injuries following the incident in Revolucion de Cuba on Queen Street between 11.55pm on Saturday 25 January and 12.05am on Sunday 26 January 2014. 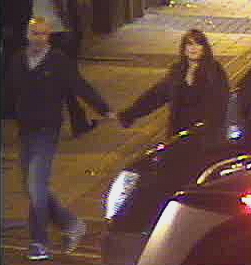 Officers want to speak to the man and woman pictured as they may have important information which could assist the inquiry.