Norwich: CCTV Released After An Assualt

Police have released two CCTV images to try to trace a man who may have information about an assault in Norwich.

A man in his 20s suffered injuries to his hand and arm, back and head after the attack on Upper King Street at around 4.05am on Sunday 9 June 2013.

Officers want to speak to the man pictured as he may be able to assist with this inquiry.

Another man - a 21-year-old - has been arrested in connection with the attack and released on police bail.

Anyone with information about this assault should contact PC Matthew Springall at Bethel Street Police Station on 101 or Crimestoppers anonymously on 0800 555 111. 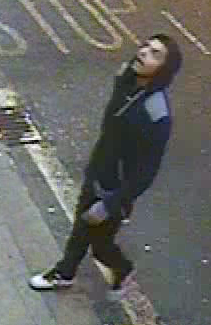 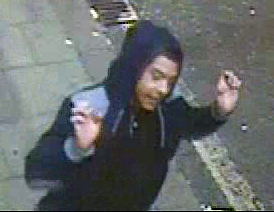