Police have released CCTV of a man they want to speak to over an assault in Norwich.

The picture's been released after a man was assaulted in Fluke Nightclub, Prince of Wales Road, Norwich in August.

It happened between 2:45am and 3:30am on Monday 26th August 2013 and the victim received facial injuries.

Police would like to speak to the man in the picture to assist with their enquiries.

Anyone with information is being asked to contact PC Scott Ellis at Bethel Street Police Station on 101 or call Crimestoppers anonymously on 0800 555 111. 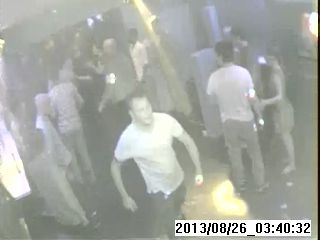