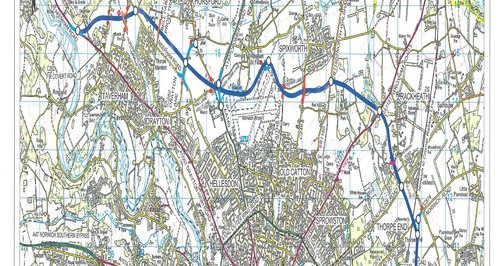 Heart's been taking a first look at plans for a new dual carriageway north of Norwich ahead of a public consultation.

The proposals have been in the works for years with new roundabouts and improvements made after previews consultations with people living along the route.

From Monday the new improved plans will go to a public consultation.

It'll give local communities that chance to see and comment upon the latest refinements in Norfolk County Council's plans for the Norwich Northern Distributor Road (NDR).

The government's already offered £86.5 million towards the cost of the project and if planning permission is granted through the fast-track NSIP process work could start as soon as Spring 2015.

You can see the latest plans at the following events: