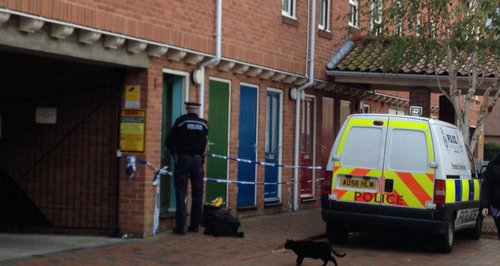 Two people have been arrested after a man and woman suffered stab wounds following an incident in Norwich last night..

Police were called to Chestnut Court, off Cow Hill, at about 8.45pm following reports that two people had been injured inside an address.

Officers arrived on scene to find a 47-year-old man with wounds to his neck and head and a 38-year-old woman with an injury to her neck. It is believed the wounds were caused by a knife or broken bottle.

Paramedics attended and the man and woman were taken to the Norfolk and Norwich University Hospital for treatment. Both are now out of hospital.

Enquiries led officers to arrest two men, both aged 24, in connection with the incident in the early hours of this morning (13 November) and they remain in police custody.

Detectives are keen to hear from anyone who may have witnessed people acting suspiciously in the areas around Cow Hill and Pottergate last night.