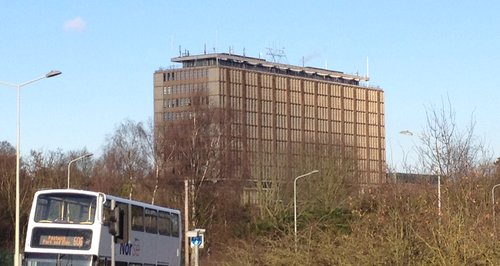 A Norfolk County Council plan to stop subsidising college transport fees to save money is being put on hold.

Norfolk County Council Leader George Nobbs has announced details of the Authority’s proposed budget for 2014-15, which sees a freeze in council tax and £7.1 million to restore some of their big 'Putting People First' consultation proposals.

Mr Nobbs said despite huge cuts in central Government funding - made worse by the withdrawal of grant for The Willows project - money had been found for the year ahead to:

A thorough risk assessment of the possible failure of The Willows planning application had been carried out and £19m (around 73% of the sum needed) was being set aside in next year’s budget.

At least £7m, and possibly more, will have to be found should Eric Pickles turn the application down, leading to further cuts.

Mr Nobbs said: “These cuts are neither optional nor of our own making. Central Government has forced us into this position by making savage cuts in the level of rate support grant.

“We have looked at everything very carefully and we were not prepared to allow the people of Norfolk to suffer the very worst of the cuts simply because Mr Pickles was unable or unwilling to reach a decision on The Willows.

“The public has identified the three areas where they wished us to do more, if we could, and we have listened to them and responded.

“It is a principled decision by all the Cabinet not to implement the most severe cuts when it may well be that when Mr Pickles does make up his mind, we find there is no need to do so.”

More than 4,400 respondents commented on the proposals in the Putting People First consultation and 1200 people attended more than 40 consultation events.

Cabinet is asked to note the County Council’s revised financial position which will allow more than £7m of funding to be restored to budgets in light of responses to the Putting People First consultation.

This investment is being made possible as a result of a close review of all council budgets and some additional income from council tax.

Cabinet is asked to recommend a 2014-15 revenue budget of £308.397m and authorise Chief Officers to deliver savings for 2015-16 and 16-17 and bring back a report to members on measures necessary to set a balanced budget for the year after next.