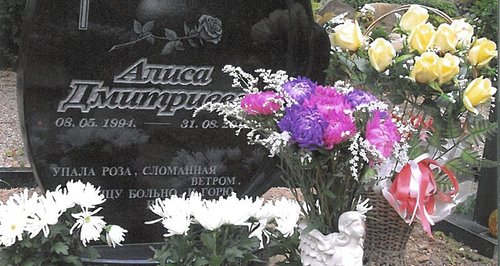 Detectives investigating the case of Alisa Dmitrijeva, whose body was found in woodland on the Sandringham Estate on New Year's Day 2012, say they have had an 'encouraging' response to their reappeal for information launched last week.

Officers have received a number of calls as a result of the renewed call for information, which have brought forward encouraging new leads for the investigation team.

Detective Inspector Marie James, of the Norfolk and Suffolk Major Investigation Team, said: "I am encouraged by the response we have received so far for our appeal two years after Alisa Dmitrijeva was last seen alive. To date we have several possible new lines of enquiry which officers are currently pursuing"

"We will follow up any call or reports which come forward as a result of this appeal and we absolutely know there are individuals out there who know how and why Alisa died. I would reiterate my message from last week to anyone who may have information, to have the courage to come forward and help us to give Alisa family the answers they deserve."

The last positive sighting of her was in Friar's Street, King's Lynn at 12.15am on Wednesday 31 August 2011, where she was seen in a green Lexus car with two men. It is thought she may have socialised with friends in the vicinity of Snettisham beach that night.

Her partially-clothed body was found in a copse at Anmer, known as French's Covert Belt, by a member of the public at approximately 4pm on 1 January 2012.