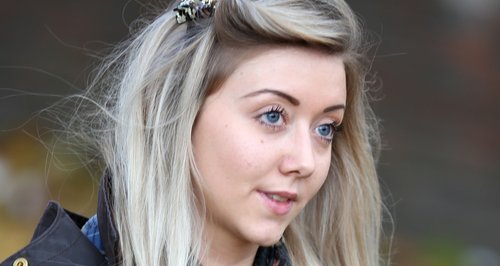 The tweeting motorist convicted of driving offences says she has been “cyber-bullied.”

Emma Way, 22, from Watton, who tweeted about a collision with a cyclist, said in a television interview this morning that she had been the victim of abuse because of the post.

Miss Way was found guilty at Norwich Magistrates' Court of failing to stop after a collision and failing to report an accident.

She was cleared of driving without due care and attention.

She told ITV’s Daybreak: "I lost my job because of it.

"There were lots of retweets, malicious messages and cyber-bulling so it's been quite bad."

Magistrates yesterday heard that police only became aware of the collision on May 19 because Miss Way tweeted "definitely knocked a cyclist off his bike earlier. I have right of way - he doesn't even pay road tax!" using the hashtag #bloodycyclists afterwards.

Cyclist Toby Hockley suffered bruising and minor damage to his bike in the incident near the village of Rockland All Saints, Norfolk.

Appearing on the programme this morning, Way said that she regretted the Twitter post but did not believe the collision was her fault.

She added: “I am only 22 and, not generalising about 22-years-olds or anything, but you sometimes just tweet things you don't actually mean.

”I was quite angry about his mannerism and... that he was on my side of the road and it seemed somehow disrespectful.''

Her solicitor, Simon Nicholls, added that it had been a difficult case to defend.

"It can be hard enough at the best of times but when there's an apparent admission on the internet, you have to explain that," he added.

Mr Hockley said he felt the tweet was "stupid".

He added: "It doesn't do much for the mutual respect we should all have for each other on the road.''

Magistrate Martin Cliffe fined Way £337 and ordered her to pay £300 in costs. He also ordered that seven penalty points be added to her licence.

Way had about 200 Twitter followers when she sent the message and used to tweet daily but she has since quit the social networking site.