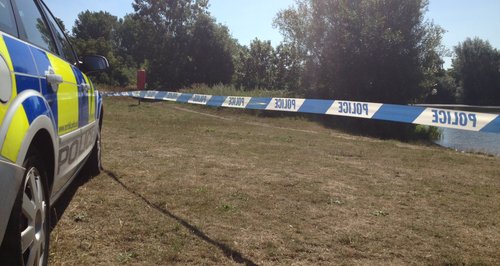 Police are making another appeal for information this morning to try and work out who the woman was found dead in the water last week.

Detectives investigating the discovery of a woman's body have confirmed no further property was recovered following additional searches of the site over the weekend.

It comes after a shoe was found by a fisherman near to a jetty on Friday night (2 August), close to where the body was discovered.

An area of the lake was closed yesterday afternoon (Saturday 3 August) to allow further searches to take place and no relevant items were discovered.

Police released details of the woman's description on Friday and appealed for information from the public in a bid to help identify her.

The woman, whose body was discovered on Thursday morning (1 August) floating face-down in the water at the University of East Anglia, is described as white, 5ft 7, of slim build and aged in her late 30s/early 40s. She had short dark brown hair with a natural wave, which had been dyed auburn/dark red.

Detective Sergeant Dave Freeman, from Norwich CID, said: "It's impossible to say at this stage whether the shoe belongs to the woman although we are carrying out further tests."

Det Sgt Freeman said police had received approximately 10 calls from members of the public and several enquiries from other police forces nationally concerning missing people, which have all been ruled out as lines of enquiry.

He added: "We've had a limited response from the public and I would continue to urge anyone who believes they may have information concerning the identity of the woman to come forward.

"We know this area of the campus is used regularly by members of the public including dog walkers and I would encourage anyone who has seen anything out of the ordinary in this area within the last week or so to come forward."

A Home Office post mortem carried out at the Norfolk and Norwich University Hospital proved inconclusive and toxicology tests will be carried out to help establish the cause of death, which continues to be treated as unexplained.