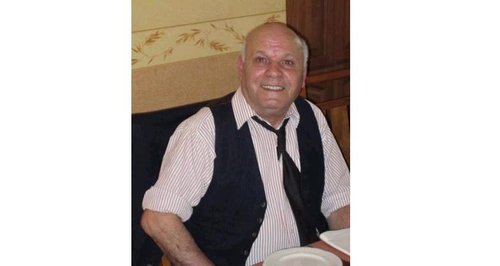 The family of a 72 year old coin dealer found dead in Northampton have released a tribute to him.

Guiseppe (Joe) Miceli (pictured) was found dead by ambulance staff at his home in Bants Lane, Duston, at 1.45pm on Saturday 13 July 2013.

Mark Ellson, 40, from Wellingborough has been charged with murder and appeared in court for the first time on Friday 19 July.

Giuseppe's younger brother Domenico Miceli, 68, and his daughter Carmela Miceli (Joe’s niece), said: “Joe was only a young man when he came on his own to this country. He came not just on an adventure but to help his family.

"He taught himself English and managed to keep himself employed until he opened his own business.

“He worked in Italy from the age of six. He would travel to work, do his work and come home. Working from such a young age made him independent and defined his personality.

"When he was in his late twenties he had an accident and lost part of his lower leg. He had to learn to walk again. It was around this time that he met a man who used to deal in coins and that’s where his interest started. So you could say it was an accident that he fell into coins, but it turned out to be one of the biggest passions of his life.

“Joe was always working hard. He didn’t have an education so his priority was to ensure his children got the best by sending them to private schools. However, this meant he and his family had to live simply in a simple home. He believed education would be more worthwhile than nice furnishings for the house.

“Because he had to stand up and work on his own from a young age, he was fiercely independent and strong minded. He didn’t often need help and quite often he did it his way.

“Once he found the coins, they became his world. He didn’t have any qualifications but he made a business out of his interest in coins and medals.

“He was a generous man, always insisting on paying for our family gatherings to his favourite restaurant. Arguing was no use, that's just how he was. Determination should have been his middle name because no matter what he faced or whatever held him back, it wasn’t going to beat him. He was such a strong character, some people didn’t agree with his ways and some respected them.

"If he ever had a problem, you wouldn’t know it. He just got on with it, with an air of cheerfulness. Everything will be alright in the world.

"He worked hard his whole life and never claimed anything. It always amazed us that he was never ill and never took a single day off work.

“He was a bit of a character for sure. We will miss that. We’ll miss the fact that you always knew where you stood with him, no messing about. We’ll miss him at our family gatherings and our occasional outings together. We are devastated over what has happened. He was a good man and didn’t deserve this.

“A big regret we all have is that next year he could have enjoyed his retirement, but he’s no longer with us. He always said 2014 would be his year. That’s when he would relax and life would start. Sad.”