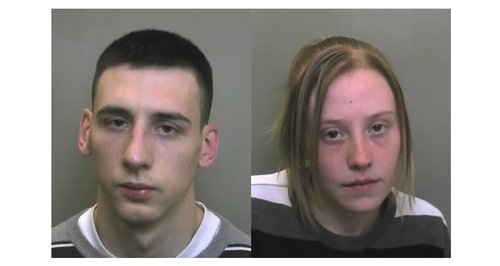 A 21 year old woman and a 24 year old man have each been given a seven year sentence for killing their 7 week old son, who had more than 40 fractures to his body when he died.

Adam Kightley and Jacqueline Parker have each been given a seven year jail sentence at Nottingham Crown Court for causing or allowing the death of Jamie Kightley.

The seven-week-old died in March last year after paramedics were called to the couple’s former home in London Road in Northampton.

“Jamie was a healthy seven week old baby when he died after suffering a catalogue of more than 40 significant injuries to his tiny body at the hands of his parents.

“The death of a child is a tragedy and Jamie’s death has been a very difficult investigation to undertake and one that has adversely affected a number of people including Jamie’s extended family, the police officers involved in the homicide investigation together with the partner agencies that have assisted us.

“I also wish to extend my thanks to the jury who have had to see and hear the full extent of the injuries inflicted to Jamie.

“Today sees the end to what has been a long and complicated investigation and I welcome today’s verdict.”