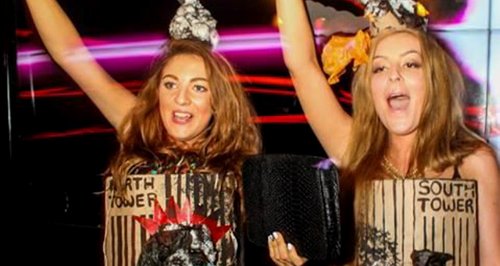 Annie Collinge and Amber Langford won the competition at Rosies Nightclub in Chester on Halloween.

The nightclub have told Heart that they're extremely concerned that they were picked as the winners of shopping vouchers, saying they were dressed in a distasteful and offensive manner: "There was a serious error of judgement made on the evening by a contracted DJ to award such a prize and we apologies to anybody who may have been upset or offended by this."

In a statement to Heart: "Both the University of Chester and Chester Students' Union utterly condemn the appalling photos which have been shared on social media.

"Both organisations have begun an urgent investigation into the circumstances around which these images have been taken with a view to taking the necessary action."

Annie Collinge and Amber Langford say the following: "We never meant to be offensive, but we apologise if any offence was caused. The idea was to depict a serious, modern-day horror that happened in our lifetime and was not intended as a joke."