Crimestoppers is offering a reward of up to £5,000 for information which leads to the arrest and conviction of the person(s) responsible for the murder of a young man from Wisbech.

Father of two, Terry McSpadden, was last seen in the early hours of 2 March 2007 having spent the evening in The Locomotive pub in Wisbech.

He is known to have visited the local Tesco supermarket in Wisbech just before 1am and is then believed to have returned to his home address in Outwell Road, Elm. His disappearance was completely out of character.

Terry was known to bike everywhere and the location of his black mountain bike, re-painted from pink, forms part of the investigation. 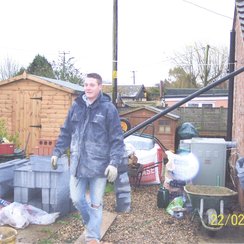 Terry's disappearance was initially treated as a missing person's enquiry, but investigating officers from Norfolk Constabulary now firmly believe that Terry is sadly no longer alive and his death was as the result of foul play.

His body has never been found. He was well known in the local community and described as a reliable, hard worker by his employers.  He had two young children and strong local ties.

Crimestoppers Eastern Regional Manager Ann Scott said: "I can't imagine the effect this has had on Terry's family. We need to give them some answers and are appealing to the community to help bring this closure. Nobody has anything to fear by contacting Crimestoppers if they have information about this offence".

"We never ask for your name or take any personal details. We do not record or trace your call or IP address. You won't have to give a statement, speak to the police or go to court - we only want to know what you know, not who you are. In the 26 years that Crimestoppers has been running we have never broken our promise of anonymity so nobody will know you contacted us".

She continued: "We need information no matter how insignificant you feel it might be. Do you know what happened to Terry? Has someone tried to see you his mountain bike or do you know where it is? Do you know the whereabouts of his body? If you do not want to go directly to police then please come forward to the charity Crimestoppers and give information anonymously".