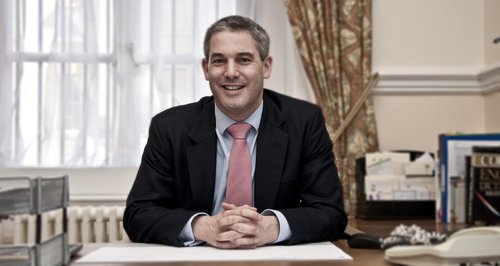 Tory MP Steve Barclay, who obtained the figures via a Freedom Of Information request, accused NHS chief Sir David Nicholson of either failing to ask questions about the orders or being "complicit in a cover-up''.

Sir David will retire as NHS England's chief executive next year but Mr Barclay said he should stand down now because the culture in the health service had to change.

A national newspaper reported that at least 52 staff have been silenced using the orders since 2008, some of which cost as much as £500,000. All are thought to contain confidentiality clauses.

Mr Barclay is a member of the influential Commons spending watchdog the Public Accounts Committee (PAC), which Sir David is due to appear in front of today (Wednesday 12th June).

In March, Health Secretary Jeremy Hunt banned the use of gagging clauses in compromise agreements after it emerged that NHS hospital trusts had spent £15 million on silencing almost 600 staff.

But those figures did not include "judicially mediated'' settlements, under which a hospital reached an agreement with staff which was then signed off by a judge or senior lawyer rather than the Department of Health or Treasury, meaning that the Government had no chance to block them.

North East Cambridgeshire MP Mr Barclay told the paper: "It is simply not plausible that the man who was supposed to be running the NHS was seemingly unaware that employees threatening to speak out were being offered golden goodbyes in return for a vow of silence.''

The newspaper reported that Sir David told MPs in March that he had only come across one of the orders.

But Mr Barclay said: "As the accounting officer who has presided over this culture he is either complicit in a systemic cover-up or has failed to ask questions. If he knew about them he has misled Parliament."

"The culture in the NHS needs to change, he has to stand down now. What patient safety concerns have been covered up (by these gagging orders)? How many lives have been put at risk?''

A Department of Health spokesman said the system had been changed so that all severance payments were properly scrutinised and staff were made aware of their whistle-blowing rights.

The spokesman said:"Judicial mediation payments do not mean that someone is gagged - it is a way of resolving a dispute and suitable cases for this are decided on by a judge."

"The Department did not collect data on these payments prior to February 2013. This has now changed - all non-contractual severance payments, whether via judicial mediation or another means, need to be scrutinised by a national body and they will not be recommended for Treasury approval unless the NHS can show that they have made staff fully aware of their legal right to blow the whistle."

"Judicial mediation payments cannot prevent staff from speaking out about matters on patient safety or in the public interest - NHS staff are protected by the law, regardless of when their payment was made and whether or not it was via judicial payment or any other means."

"The Health Secretary has been absolutely clear that ''gagging" is illegal and it will not be tolerated.''