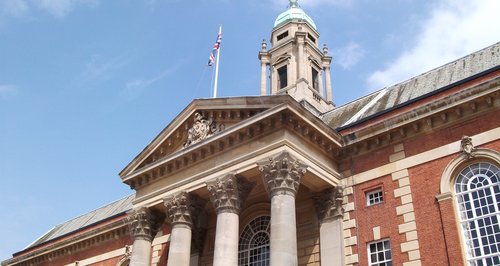 Peterborough residents could have to pay £39 a year to have their garden waste collected, as part of the City Council's latest budget.

The document has just been published by the authority, which says it must save almost £19 million in the next year to due to reduced government funding.

Proposals to save money include charging residents for picking up their brown bag garden waste, a service which the council says currently costs £800,000 per year.

Other plans to make savings include the existing proposals to shut some children's centres, and cutbacks to certain aspects of school transport.

However the 2014/15 budget does also include a two year council tax freeze, a £26 million investment in schools, an additional £1 million in adult social care services and an extra £1 million to pay for the increasing number of children in care.

The budget is now open for public consultation until 5pm on Tuesday 4 March 2014.

During the next six weeks this document will go to the council's scrutiny committees, will be discussed with staff, business leaders, the voluntary sector, partner organisations, trade unions, local MPs, parish councils, the Youth MP and Youth Council, and other interested parties.

Councillor David Seaton, Cabinet Member for Resources, said: "It continues to be a very difficult financial climate and if we are to keep our local economy buoyant, it is more important than ever that we keep council tax low to give our residents more money in their pockets.

“Therefore, we are proposing to freeze council tax again next year and the year after and this would mean we will have frozen council tax for four out of five years.

“However, we have had to make some incredibly difficult decisions this year as we balance our legal duty to protect those who are most vulnerable in our community, whilst continuing to provide the services you care about and make this city the great place it is to live, work and visit.

“We cannot ignore the growing demands for adult services as a result of our ageing population – in the next decade the number over 85s living in Peterborough will increase by a half. We also have the second highest birth rate in England, and we have a rising number of children in care with increasingly complex needs.

“But unlike some other towns and cities we are still able to keep our libraries, museum and theatres open.

“However, we need to look at other ways to fund other discretionary services such as the brown bin garden waste collection which is only used by a proportion of residents but costs us over £800,000 a year to run.

“We believe our budget proposals provide a balance between making savings and efficiencies while also continuing to invest in the city to ensure we continue to attract new investment and jobs into Peterborough.”

The budget proposals, which Cabinet is set to agree to go out to public consultation on 3 February 2014, form part of the council’s Medium Term Financial Strategy for the following nine years.

Councillor Seaton added: “We have invested over £200 million in secondary education and it is already making a difference as you can see with this year's GCSE results which were sixth most improved in the country.

Peterborough is also bucking the national trend and in the past year we have attracted new investment into the city, creating 3,500 jobs and boosting our economy to put us on a strong footing to weather the very difficult financial climate that we are in.

Recent figures have shown that our city centre has one of the lowest shop vacancy rates in the country (nine per cent) compared to a national average of 14 per cent which is proof in itself that the money we have invested in rejuvenating our city centre is already paying dividends and encouraging investors to bring their business here."