The 2012 Paralympics has been re-lived at the Olympic Stadium on the final day of the London Anniversary Games.

Despite running his quickest 100 metres and setting a new British record - Cambridgeshire Paralympian Jonnie Peacock only finished third in the men's sprint.

Jonnie, from Doddington, near Peterborough, ran the race in 10.84 seconds yesterday (Sunday). 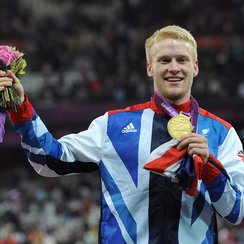 When we asked him about the stadium itself, he said, "It's a superfast track and the crowd here are just absolutely phenomenal, every athlete that goes out there just enjoys themselves so much.

It's my favourite event to ever come to, and I'm really looking forward to the World Championships being here in a few years.

I hope there are more events here in years to come."

He was also asked if he thinks he'll ever take part in the Olympic Games, as well as the Paralympics: "Stick us next to Usain Bolt and we're going to get absolutely slaughtered, it's as simple as that.

I can't see it happening.

I think we'll go faster and faster, but I just don't see that happening."

Other Paralympic stars, including David Weir and Hannah Cockroft also took part in the Anniversary Games.

Olympians Jessica Ennis-Hill, Mo Farah, and Usain Bolt were also there over the weekend, along with St Neots based high jumper Robbie Grabarz.