Huntingdon: Louis Smith On His Future 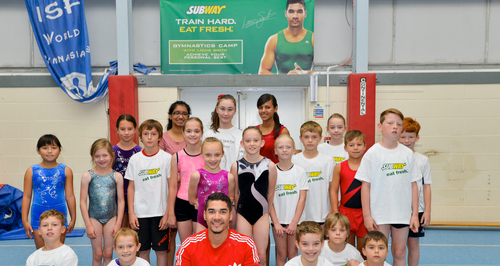 Peterborough's Olympian, Louis Smith, has been telling Heart about his plans for the future, and at the moment, they don't include competitive gymnastics.

The Olympic Gymnast, who grew up in Eye in Peterborough, and still lives in the city, has won three Olympic medals, including a silver and bronze at London 2012.

When we asked Louis if he wanted to retire from competitive gymnastics he replied, "I don't know really. I'm in a strange place with gymnastics.

"It's not that my heart's not in it, because I miss training...I just don't miss competing...at all.

"I haven't got that bug to get back into it. I miss training completely but I just have got no feeling to want to compete at the minute." 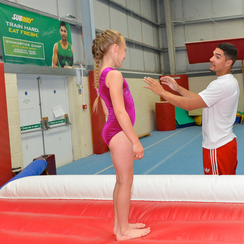 We also asked Louis how he's getting on with his new bachelor pad in Peterborough, which he moved into earlier this year.

"It's a nice place to just relax and switch off. It's nice to just come in and shut the door and just completely switch off from society...it's a nice retreat."

We caught up with Louis at Huntingdon Gymnastics Club, where he's trained for over 15 years..

Louis was talking at the launch of his Gymnastics Summer Camp, as part of his commitment to creating a sporting legacy.

The camps are supported by Subway.