Detectives are re-launching the investigation into the murder of Wisbech pensioner Una Crown.

It is now 16 months since the 86 year old was found dead in her home in Magazine Lane.

She had been repeatedly stabbed and then set on fire in an apparent attempt to disguise her injuries and destroy evidence.

Now a fresh team of detectives from the Bedfordshire, Cambridgeshire and Hertfordshire Major Crime Unit is re-launching the investigation in the hope it will lead to a breakthrough in the case.

Officers will be in Wisbech throughout the week carrying out house-to-house enquiries, revisiting witnesses, putting up posters and handing out leaflets appealing for information.

A mobile police station will also be set up in Magazine Lane throughout the week.

A fresh picture of Mrs Crown has also been released by her family.

Detective Chief Inspector Sharn Basra said: "The investigation into the murder of Una Crown has never closed, but the decision has now been taken to review the case.

"While the investigation to date has been full and thorough, with a number of significant lines of enquiry established no one has been charged. It is hoped re-investigating the circumstances surrounding the murder may identify additional witnesses and information adding further weight to the evidence already gathered.

"We firmly believe there are people in Wisbech who know who is responsible for Mrs Crown's death.

"Hopefully they will now have the courage to come forward and give us the information which will bring her killer to justice."

Mrs Crown was last seen alive since Friday, January 11, last year, but had spoken to a friend by telephone at about 5pm on the Saturday.

Her body was discovered by a family member the following morning. 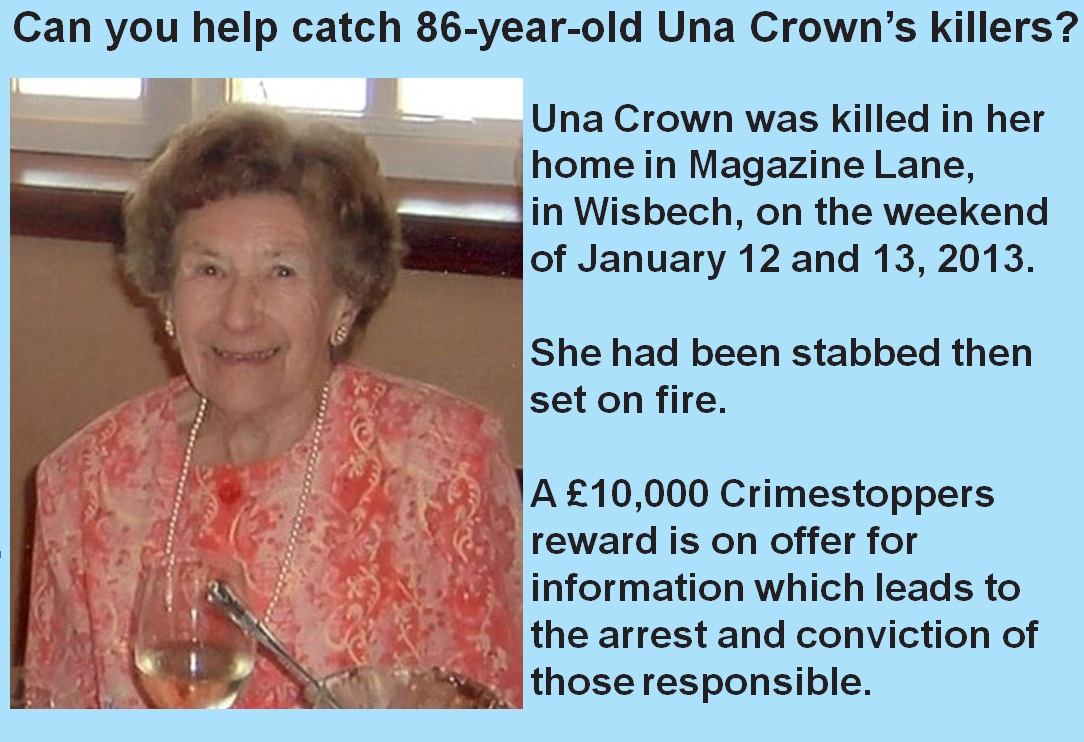 A £10,000 Crimestoppers reward is on offer for information which leads to the arrest and conviction of those responsible for the murder.

Anyone with any information should call police on 101 or Crimestoppers, anonymously, on 0800 555111.